I absolutely adore Thanksgiving. Our entire family converges at my Mom's house, which has been a tradition for nearly 25 years. Helping my Mom prep and cook is another tradition, as is the last minute scurrying to stash and hide everything before the "company" arrives.

I love my cousins and although I don't get to see them often, it is always wonderful when we are together.  Soon her house will be filled with both laughter of adults and adults, the air will smell like a mixture of turkey and potatoes and her floor will be strewn with ad circulars as well all work on our plan of attack for Black Friday shopping.

Happy Thanksgiving!
at 6:36 AM No comments:

Well, our pre-Thanksgiving adventure, which I had been meticulously planning for months, was sidelined. Yesterday morning Robby woke up complaining of a sore throat. As soon as he vomited I decided to it was time to call time of death on our hotel adventure.  I am grateful that the Gaylord took mercy on me and refunded my nonrefundable deposit. Thank you Gaylord of National Harbor!

By mid morning Robby began to feel better. Although he wasn't recovered enough to resume my planned adventure, I decided to switch into plan B. I found an ice house, bought ten pounds of dry ice and let the kids freeze and smash stuff all afternoon.

From grapes and tomatoes to paper towels and eggs, the Cousin Crew froze everything and anything in sight. They were entertained with the dry ice all day and into the evening. My Mom's back porch looks like a grocery store imploded with defrosted food remnants splattered everywhere.

In the evening we decided to pack up the Cousin Crew (Timmy included) to see Santa. With the support of his big cousins, Timmy tolerated sitting close to the big guy. He refused to speak to him and buried his head into my niece's shoulder whenever Santa looked in his direction, but we managed to snap a great picture of all the cousins together.

After visiting Santa the big kids went to paint pottery (a favorite activity at the mall) while I took Timmy to Build-A-Bear. We finished the kids changed into their matching pajamas and played  a rousing game of Truth or Dare for Kids. While my original adventure was put on the back burner, the kids still had a fantastic day together. 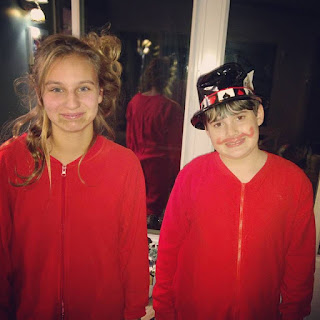 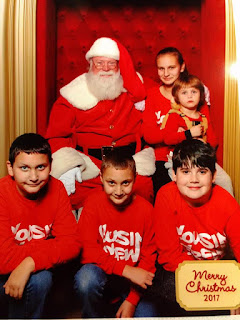 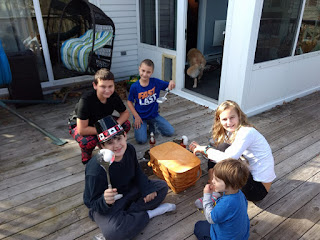 Thanksgiving week ranks among one of my favorites. Per tradition, the kids and I arrived at my Mom's yesterday for a week of preparation and fun. The "Cousin Crew" were ecstatic to be reunited. I love watching them all play and laugh together!

Today I am taking the Cousins on a pre-holiday adventure. None of them know it, but as soon as they eat breakfast I'm piling them into the car and we are going to National Harbor. My niece has been wanting to see ICE, an interactive ice sculpture exhibit, and today seems like the perfect day to check it off her list.

There is more to the surprise, but out of fear that my little technology enabled niece and nephews read the blog this morning for clues, I'll withhold the information.  Stay tuned!
at 7:13 AM No comments:

We had an amazing family weekend adventure. Both boys were well behaved, healthy and happy enjoying the time together.  I made a special effort to ensure that we were participating in at least one activity tailored to each kid in the hopes of making everybody happy. I think I succeeded!

Saturday we spent the afternoon at the Baltimore Aquarium. Robby loves the aquarium and is particularly fond of Calypso, the amputee sea turtle. The only time Timmy has been to the aquarium was during infancy, so this was his first true exposure to Robby's wonderland. He was absolutely mesmerized. I suspect that we will be putting our Family Membership to heavy use throughout the coming year.

Saturday night we stayed in the city. Staying in a hotel is always a treat, especially when you are a kid. Both boys were excited about our big city sleepover and were well behaved in the hotel room. (I'm sure our neighbors appreciated their efforts.)

Sunday morning we ate breakfast and returned to the Aquarium for a few hours before heading to the Polar Express. We spent the morning visiting all of the turtles and fish in the Australia exhibit. Timmy seemed particularly intrigued by the dragon lizards flanking the aquarium tanks. I was quick to remind everybody that we were not welcoming a reptile into our family!

Soon it was time for us to head to the train station. Although we had been talking about riding the Polar Express, I don't think Timmy comprehended the activity until he saw the trains. As soon as he approached the impressive steam engines his excitement became palpable and contagious.

Timmy was engrossed throughout the Polar Express adventure. He was particularly delighted with receiving his own "golden ticket" and having it punched by the Conductor. He smiled from ear-to-ear throughout the "Hot Chocolate" dance and giggled when the Hobo ran through the train car. From his perspective, the entire train experience was simply magical.

Except for Santa. While he embraced every part of the experience, he melted down when he spotted Santa at the train station. He threw himself on the ground, turning his back to the Jolly Red Elf, and began to scream.

Unfortunately train stations are not particularly clean and his clean and specially ordered Polar Express shirt was covered with grease and dirt for the duration.  Sigh. Oh well. He was clean in the morning, and that should count for something.

Despite the intrusion of Santa on our train, we had a fantastic time on the Polar Express. Robby even embraced the spirit of the story and happily played along with the fun. What a great way for us to kick off the holiday season! 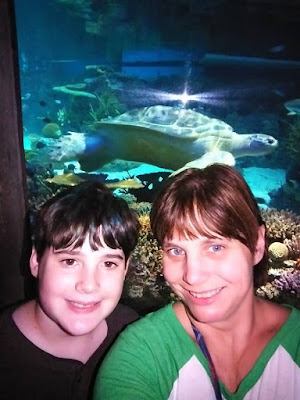 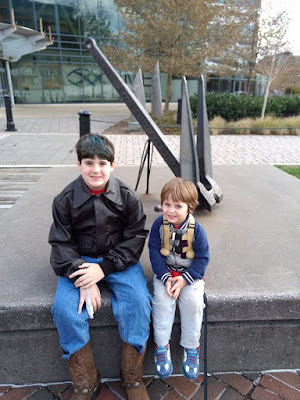 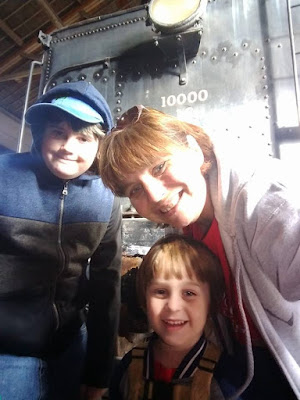 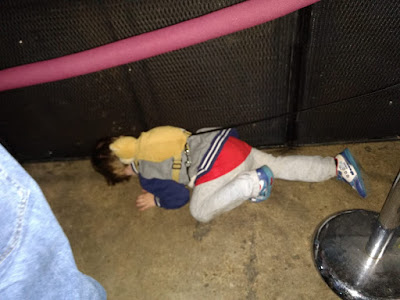 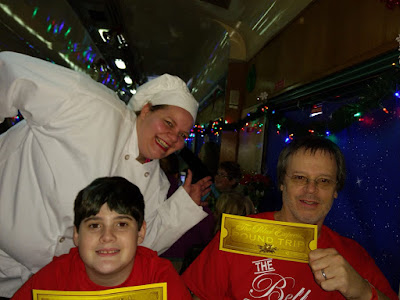 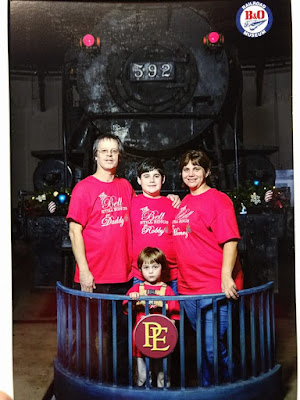 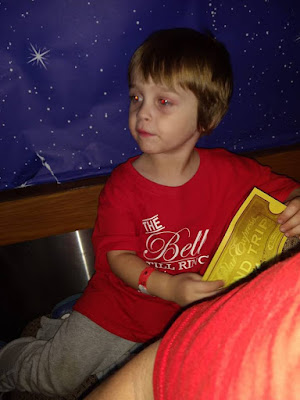 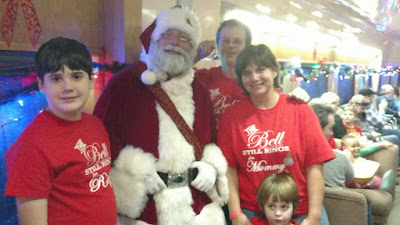