After Timmy's reaction of unabashed joy when he saw the pool on Wednesday, I was expecting a repeat performance yesterday morning. Per our plan, my Mom and Timmy arrived at the hotel room around 9 with donuts and a swim diaper (for the toddler not my Mom).  I took one look at my little guy and immediately knew that something was wrong.

Hamlet was struggling to walk, keeping the weight on the balls of his feet instead of his toes.  I removed his little slipper socks to discover that his toes were both swollen and red. His rheumatoid issues were flaring up, and my little swim bug was in pain.

I was hoping that the water would help soothe his symptoms, but he only lasted about 45 minutes in the pool before he wanted to leave.  Even when he was in the water his enthusiasm was tempered, and he never squealed and barely cracked a smile.  This latest flare up convinced me that we need to proceed with treatment in the coming months. I hate the treatment options, but I detest seeing him in pain more.  In 2017, we will be working to eradicate his autoimmune issue!

While Timmy and I watched cartoons in the hotel room the big kids splashed and played in the pool.  They all arrived about 10 minutes before check-out time, drenched but wearing broad smiles. All things considered, the Adventure was a success.
at 7:31 AM No comments:

The kids were absolutely gobsmacked yesterday when they realized that they were not headed home but rather to a mysterious destination.  During the drive they frantically tried to guess our final destination, quickly exhausting all known options.  When I pulled into the Lodge they didn't know what to expect, but their little smiling faces glowed brighter than the Christmas decorations in the lobby.

As soon as we arrived my Mom showed up with Timmy, who was equally as excited.  When he saw his swim diapers he squealed with excitement and I couldn't change him fast enough.  I loved watching all of the kids, aged 12 to 2, skip and prance down the hallway towards the waterpark.

Timmy swam and played for three hours.  When we were done and he was thoroughly exhausted my mom came and picked him up for the night.  I understand he fell sound asleep about 5 minutes into the drive.

The big kids enjoyed the rest of the night exploring the hotel, revisiting the pool and taking advantage of the activities offered.  I had a bit of an issue during the evening swim, but today's post is a happy one so I will explain the incident at a later time.  Right now, I just want to be happy and enjoy being the World's Best Aunt/ Momom. 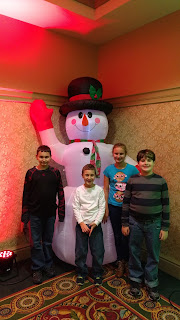 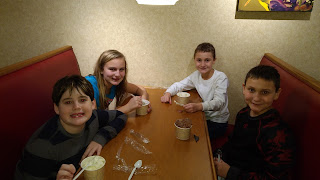 Yesterday was the last day of school for 2016.  Both Robby and Scott have off until January 3, and ]  they are both thrilled to be on vacation. I know that Timmy will thoroughly enjoy the chaos that comes from a full house.  My excitement for their school break is slightly tempered by the reality that their vacations almost always equate to more work for me, but I am still happy for the vacation.

Regardless of the extra dishes, laundry, interruptions and work disruptions that come from school holidays, I am going to make the most of having everybody home.  My priorities are going to shift over the next two weeks, and I'm going to grant myself some leniency when it comes to household chores. After all, I deserve to enjoy winter vacation as well!

Today I'm kicking the school holiday off with a quick get away adventure with Robby, my niece and my nephews.  We're going to a hotel near my Mom's that has a large indoor water park. Per Aunt Peggy Adventure protocols, nobody knows about the adventure I have planned.  In fact, only Robby and my niece know that an adventure is in the works. My nephews are completely oblivious to the surprise I am plotting.  I can't wait to surprise them this afternoon.

I enjoyed the ballet, but I was most excited about spending an evening out with my son.  I love him so much and I know that these opportunities will become increasingly rare as he grows.   Even though our motivations differed, we both had a fabulous evening. 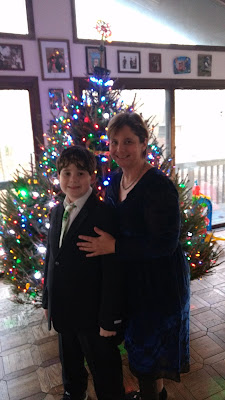 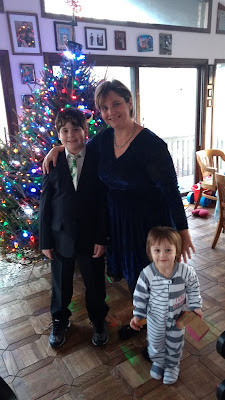 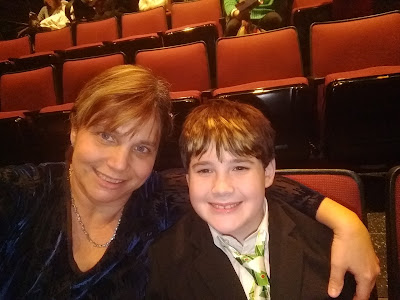 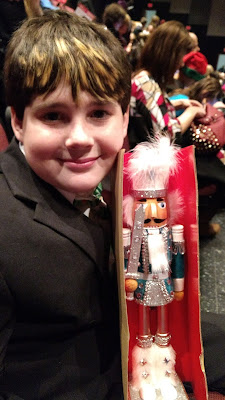 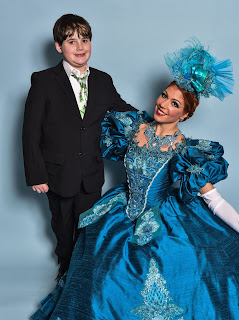 Saturday night I engaged in one of my favorite holiday traditions.  After Timmy went to bed and Robby was occupied with the computer, I packed up the car and drove over to Mr. Bill's house.  He was waiting for me to arrive, with all of my supplies already laid out on his dining room table.  Sneaking over to his house to wrap all of the presents has transformed a dreaded chore into something I happily anticipate each year.

This time of year Mr. Bill transforms from a wonderful neighbor into an irreplaceable Christmas elf.  For weeks Scott and I have been leaving packages and bags on his doorstep. He not only stores them out of sight of peeping eyes, but everything that requires assembly is magically put together when I arrive to wrap. Not having to assemble any toys has been his standing gift to both Scott and me each year, and I have to tell you that it is one of the best presents ever!  Not only does it save me a lot of time and aggravation, but I am assured that the toys are assembled correctly and that all of the requisite pieces are used.

While I set up to begin wrapping, Mr. Bill always goes into the living room and turns on his Greek music. The tapes are among his most cherished possessions because they were made by his father. Between the lively songs his Dad can be heard talking, which is probably one of the reasons that he treasures them so much. He only plays the tapes during our wrapping party, on his Dad's birthday and on his birthday. I feel honored to have become part of his tradition.

With the Greek music blaring, Mr. Bill sits next to me with a cup of eggnog and regales me with tales from his childhood Christmases. He always tells me that I overdid my shopping and teases me for my poor wrapping abilities. Seeing the military memorabilia that I was wrapping for Robby must have triggered more memories because he even pulled out his photo albums and proudly shared photos from his paratrooper adventures.

While I was busy wrapping, Mr. Bill shared that he would like to find a machete similar to the one that he had when he was in the military. He claims that the modern versions available at stores are too flimsy and will not hold up as he chops down the brush in the woods. He never asks for anything, so I am now determined to fulfill this wish. Today I'm going to start calling Army surplus stores to see if I can track down the knife.  Wish me luck, because after 10 years of being a great neighbor, friend and surrogate grandfather, he certainly deserves a nice surprise!
at 4:57 AM No comments: