It is official and I now have an emerging fourth grader.

The party yesterday was a smashing success. He came home from school soaking wet, sticky from cupcakes and ice cream, exhausted from playing but smiling from ear to ear. I definitely ended my room mom year on a high note!

By the time I was done hosting the party my leg was killing me. It was hot and extremely humid, which caused my limb to swell. Par for the course during the summer, but it doesn't mean it isn't painful trying to squeeze an inflated balloon of a stump into a fixed size socket.  I suppose this is a mixed blessing, because the summer swelling forces me to monitor my diet more closely.

Robby skipped out of the school while I began summer vacation limping.  I couldn't wait to get home and take my leg off. I had daydreams of sitting on the couch and kicking off summer vegging out in front of Orange is the New Black while Robby played computer games until Scott came home. My plan was perfect with the exception of one small detail.

One small, incredibly active and mischievous detail kept me from my couch respite. Timmy definitely had other plans on how he wanted to spend the afternoon, and sitting was certainly not one of them! I quickly abandoned my relaxation aspirations, took a water pill to reduce the swelling in my limb and did my best to keep up with an extremely quick one year old. He may be small, but those little legs are fast!
at 6:28 AM No comments:

There is a lot of excitement in our house this morning. Today is the last day of school, and needless to say the boys are happy about summer vacation.  Robby and Scott have spontaneously broken into their celebration dances so frequently that now Timmy attempts to join along.  (Unfortunately for little Timmy, he has inherited both my enthusiasm and my uncanny lack of rhythm.)

I knew that I had to end my year as room mom on a high note, and after some thought I devised the perfect finale. Today I am overseeing a school wide water battle, complete with over 300 water balloons for the teachers and water shooters (apparently we are no longer supposed to refer to the toy as water guns) for all students.

Robby and Scott spent an hour last night making sure that his numerous Nerf water shooters/guns were fully operational, replacing the batteries in each for maximum damage. Both of his water ammo vests are full and my little guy is ready for an epic water battle. With temperatures projected to be in the mid 90's, I'm confident that everybody will have a blast!

I'm looking forward to celebrating the end of school with Robby, but I am more excited about the start of summer vacation. Last summer was lousy and consumed with pain and surgeries.  This year I am looking forward to fun family adventures, lots of time by the pool and countless hours of giggling and playing. After the difficult few months we have had, we deserve some relaxation happiness.

Welcome to the Summer of Awesome II!

Several months ago I received notification that I was selected to receive the "Unsung and Unstoppable" award. I was honored to receive this distinction, reserved for individuals with disabilities who are making a difference in the community.  As part of the vetting process, I was told that biographies of all of those honored were going to be compiled into a book to celebrate the efforts of those selected.

Yesterday was difficult as I struggled to rationalize the news of  my Uncle George's sudden death. I spent the morning making arrangements for my Mom to travel to the funeral, which was really the only thing I could do to help her. Even though it was a small gesture, it felt good to be able to do something! Perhaps because I had just lived through their reality with my own Dad, I was particularly aware of the grief that my cousins were experiencing. I was also aware that, other than offering my love and support, there was nothing I was going to be able to say or do to take away their pain.

Feeling sad and helpless, I opened up my email to discover a link to the recently published Unsung and Unstoppable ebook. Nervously, I opened up my chapter and began to read. Of course, the kiddos had a different notion. It seemed that the moment I sat down to read they both became needy. (I ended up retreating with my computer to the bathroom so that I could read more than a few sentences before getting interrupted by Timmy and Robby.)

I took screenshots of my chapter to share in this blog. This was certainly a bright spot in an otherwise bleak day! 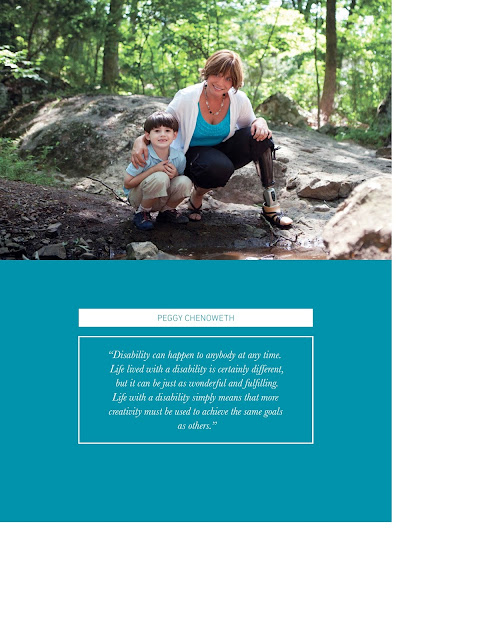 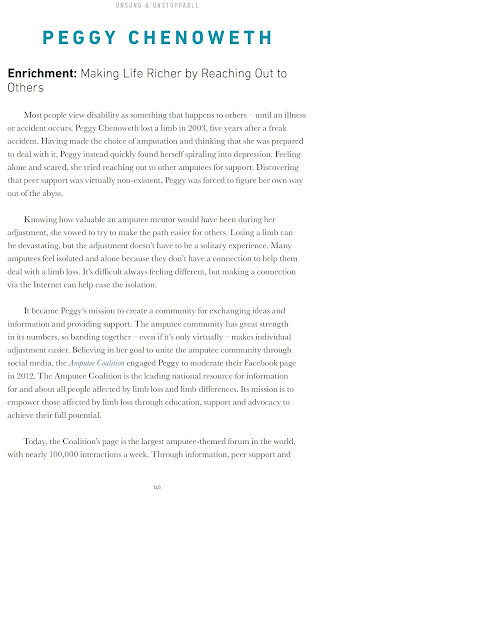 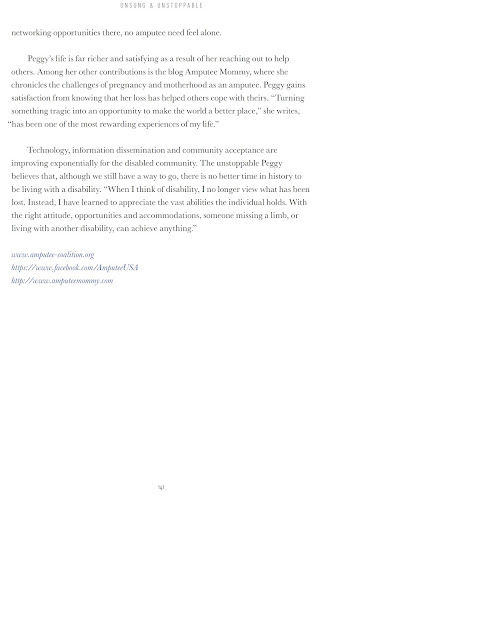 Even though I was expecting to receive the news, I found myself distraught and heartsick when the call finally arrived. My Uncle George, my Mom's only brother, passed away. His passing left a deep void in our family, and we will miss him dearly.

Three weeks ago he was relaxing on a cruise with his beloved wife, and now she is mourning his death. George's health seemed to fail at warp speed and we are having trouble grasping what has transpired. I know it is going to take a long time for all who loved him to process the timeline.

I am thankful that my cousins were all able to visit and spend time with their dad during his final days and hours. My Aunt is waking with a broken heart this morning, but she is not alone. Her house is full of her children and grandchildren which I know will be a comfort. I also know that the real journey will begin after everybody returns home and life resumes a new normal.

I'm worried about my Mom, but since this is the last week of school I can't pull Robby to go spend time with her. My instinct is to hop into the car and start driving to visit her, but I know I need to wait until school is out on Thursday. I don't want to deprive Robby of the hijinks of the last few days of classes (and recesses).  I also know that she is busy watching my sister's cherubs in what she has dubbed "Camp Nana," so she is neither lonely nor idle. She will be busy taking care of three boisterous kiddos, and perhaps the distraction will help her in the coming days. Although I have also learned that grief has a way of sneaking into the busiest of lives at the most inopportune times!

I am going to miss my Uncle George, and my heart breaks for my Mom, my cousins and my Aunt Corrie.  None of this makes sense at the moment and I feel like my head (and heart) are still reeling.
at 5:57 AM No comments:

Yesterday afternoon, as I was traversing the minefield of toys that was previously known to be my bedroom floor, I took a tumble and fell. Thankfully I wasn't hurt, but anytime I fall I feel uneasy and scared for awhile. I'm reminded of the vulnerability that comes from relying upon a prosthesis and of the fleeting nature of mobility. I know all too well that one misstep can lead to months of problems and pain!

Not only did I scare myself when I fell, but I apparently I do not fall quietly.  Robby sprinted into the room when he heard me crash. My little rescuer was in such a rush that he failed to remove his headphones that were hooked up to the computer. He managed to knock over the speakers, keyboard, a plate of dinosaur chicken nuggets and a large glass of water in his attempt to render aid.

Timmy was frightened by the commotion and began to shriek in the living room. Scott picked him up and came running to see what happened. He found me on the floor, trying to pull myself up with an array of overpriced hard plastic toys in assorted shapes and colors under my feet and torso.

At first I assumed his asking, "Why are you on the floor?" was a rhetorical question. When he asked a second time, I barked that I had fallen. "Well, why did you fall?" In the annuls of stupid questions, that certainly must rank among the top.

Deciding that silence would probably be advantageous in that situation and knowing that I wasn't hurt but simply shaken, I pulled myself off the floor and took my red-faced screaming baby. After Timmy was calmed, Robby and I spent the next hour picking up the toys and putting them away. While I hate falling, perhaps this tumble had a silver lining.  Seeing that I had slipped on the toys had far more impact than my constantly harping "pick those toys up before somebody falls."
at 6:48 AM No comments: