After surviving the week which I have been dreading for months, I am delighted to reach Friday. I'm looking forward to a weekend of relaxing, sleeping (a mom can dream, right?) and re-centering my priorities. I know that I have a lot of decisions to make, but it is never advantageous to make a major life change while feeling stressed and exhausted.  I'm hoping to use the next few days to rebuild my own strength (emotionally and physically) so that I can figure out which path I want to pursue.

I regret that I was in such a hurry to grow up. I look at Robby and Timmy's lives and wish I could turn back the clock to my own childhood.  I don't mean to devalue their own frustrations. While their feelings are real, the consequences of their actions have smaller ripples. When you become an adult with a family and children who depend upon you, it feels as if every decision creates a tidal wave that can either be surfed into the sunset or can wipe out your entire homestead.  Looking at my kids playing, it makes making even the smallest life change terrifying!

I was busy with work and meetings all day, yet it felt as if I accomplished nothing. I hate days where I feel like I'm running on a hamster wheel, wearing out in my efforts to go nowhere.  Because this is my blog and I feel comfortable complaining, I also have a sore throat. I am sure that my inability to comfortable swallow and eat is contributing to my downtrodden mood.

While I had to go into the office for meetings, Timmy spent some time "at school."  He was most unhappy when he realized that I was going to be leaving him there. He ran to the door and peered out the window as I walked away.  I was reassured by the teacher that he quickly calmed down and began to play. However, the fact that he was still standing by the door with his face pressed against the same window when I arrived to pick him up three hours later casts some doubt on her story. Even if he wasn't happy, I know that he was safe.

Today I am hoping to finish at least one project on my list. I have taken bites out of everything, but I know that I will feel better when I can fully cross an item off of my list. If I'm feeling better as the day progresses, I might even go for two. Of course, that all depends upon how much work my curious little Hamlet will allow. Some days he is content to play with his cars and planes while other times he is nonstop energy. I never really know which Timmy I am going to greet in the morning.
at 7:35 AM No comments:

My social network is diverse and represents just about every political and religious viewpoint. I learned a long time ago that debates via social media are fruitless ventures that only serve to increase frustrations, hurt relationships and waste time. When I don't agree with a status message, viewpoint or political statement, I am more apt to just scroll past it rather than engage.  Yesterday I read a status on Facebook that bothered me to the point where I felt compelled to respond.

A high school friend posted an observation from Halloween in his neighborhood. The focus of his post was  a child who was being chauffeured from house to house to trick-or-treat.  He was flabbergasted that a child was being driven through the neighborhood and between houses rather than walking. Immediately the thread blew up with condemnation of the parents as being "lazy" and the child was dubbed "spoiled."  According to the comments, this situation exemplified all that is wrong with this country, with parents and with children today.

I tried to just log off and move on, but it kept nagging at me. I found the comments so judgmental that, for me, it bordered on offensive. Not one person stopped to question the reason why the child was being driven. Instead, they immediately jumped to the conclusion that the parents were lazy or that the child was spoiled. I decided to interject into the discussion in defense of the family.

While it is easy to cast blame and judgment, nobody really knew the situation of the family. Perhaps the child was ill or overcoming an illness. Perhaps there was a new baby who would have been too cold in a stroller. Perhaps the parents just finished working a double shift and they were too exhausted to walk through the neighborhood. Instead of having their child miss out on the event, they instead opted to drive him around.  Maybe, just maybe, one of the parents had a mobility issue which made walking difficult. Any of these situations, along with countless other scenarios, are all plausible reasons for the family opting to drive their little trick-or-treater through the neighborhood.

I felt the need to defend the family whom I do not know, because I immediately recognized that they could easily have been me or so many of my friends. There have been situations where walking has been painful and I have opted for a "short cut" so that Robby or Timmy could still participate in an activity. I have used my handicapped tag to park closer on those pesky bad leg days, and have felt the wrathful glare of onlookers. I hear the comments from other parents when I ask my 10 year old to help his brother up the slide because I needed to sit down for a minute.  Little do they know that my prosthesis is cutting into my leg and that I am walking with an open sore. I may not be as active as I would like, but I was enduring a lot of pain because I didn't want my kids to miss out.

The thread I read enlightened me to the fact that I have probably been the subject of a similar online rant, with the judgment brigade quickly commenting on my "lazy parenting" and "spoiled children." These strangers did not know, nor did they care to learn, that I was doing the best I could given my less than ideal circumstances.  It saddens me that we live in a society where  casting judgment and shaming strangers has become the norm and, in an odd way, a new form of social entertainment.
at 6:02 AM No comments: 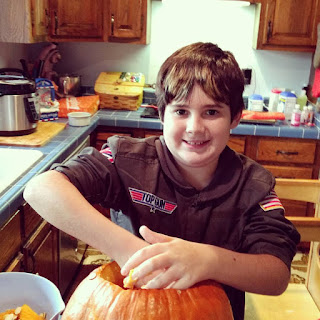 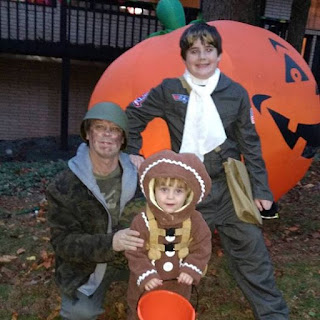 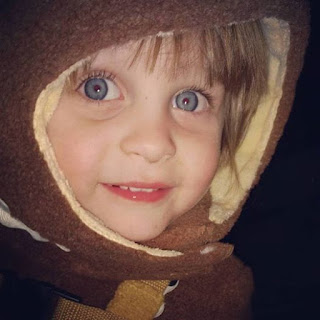 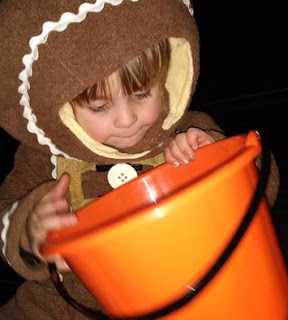 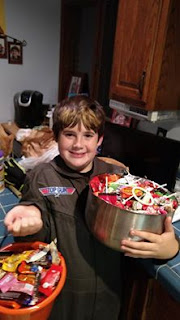 Per tradition, we will unveil the costumes tonight before trick-or-treating.  In the meantime, I wanted to take a look back at our Halloween adventures over the years. Two things became apparent as I was uploading these photos. Firstly, I can't believe how much Robby has grown. Secondly, Scott is a really good sport about matching costumes! 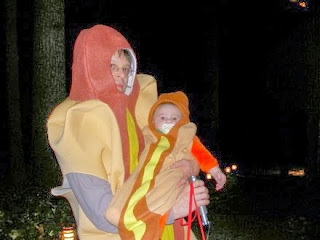 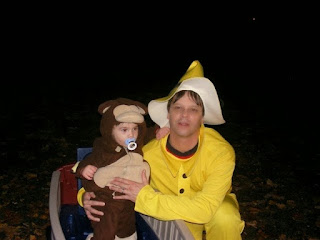 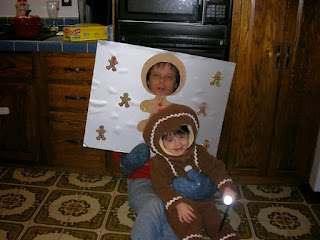 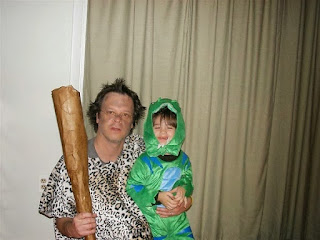 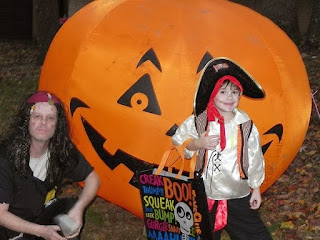 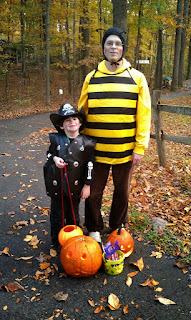 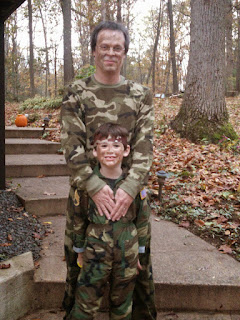 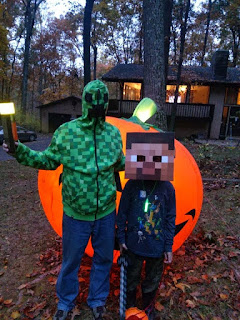 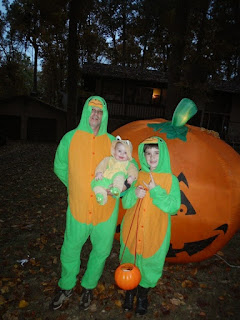 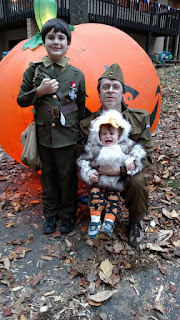