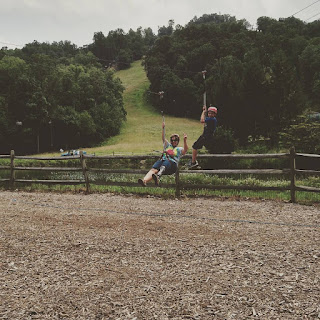 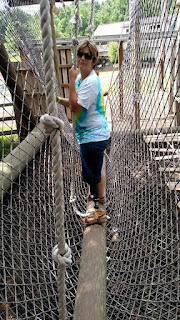 Yesterday afternoon, almost as soon as I arrived at my Mom's house, I had to pass off Timmy so that I could take a phone call. While I felt guilty handing over my little troublemaker so quickly, I wanted to take full advantage of the opportunity that had arisen. I was being interviewed by a reporter for the Washington Post, and I wanted to make sure that I portrayed the community to the best of my ability. Unfortunately, the requirement for my achieving "the best of my ability" usually means passing off the reins to my children for the duration.

Luckily Timmy was happy to see his Nana and was content to entertain her while I was on the phone. I expected a 10-15 minute interview. It turns out that the reporter's "few quick questions" coupled with my desire to raise awareness about insurance fairness forged quite a lengthy conversation. We were on the phone for over an hour!

The original subject of the interview was phantom limb pain. While I did answer quite a few questions about the topic, I was happy that I was able to divert the conversation on more than one occasion. I know that the reporter took note of the other issues, and I am hopeful that they will be addressed in her article. Even if they are not featured in this piece, I know that I planted the seed for another story.  Hopefully my plan will come to fruition.

The boys have been on summer vacation for a little over two weeks.  It has been nice having them home, but I have to admit that so far the vacation hasn't been as stress free as I had anticipated.  Between traveling, both boys being sick, and a myriad of other factors, the only ones who have been soaking up the Summer of Awesome II are the boys. Scott and I have been feeling the brunt of parental and adult pressures, and it is beginning to wear us down. We are both stressed, tired and snapping at each other. Needless to say, I think we need a vacation from our summer vacation!

Today I'm packing up the boys and heading to visit my Mom for a few days. This mini-vacation offers the respite that we both need while allowing me some much needed time hanging out with my Mom.  I know that Robby is thoroughly looking forward to playing with his cousins. He has been busy making plans since I told him that we were going to visit, which apparently includes my getting into a giant inflatable ball with him and being pushed down the side of a large hill. (I retained final veto depending upon the size of both the hill and the ball.)

I've missed visiting my Mom, and I'm thoroughly looking forward to just hanging out and talking. She always makes me laugh, and my anxieties seem to melt away whenever I visit.  No matter how old I get, I always benefit from going home.  (Besides, Hamlet is in an "I don't need to sleep" mode and I could really use a nap.)

Scott will be staying at home, enjoying a quiet house and hopefully taking the opportunity to tackle some of our looming projects.  (We have been trying to clean up from the lightning strike a few weeks ago and, if the weather cooperates, I'm hoping that the only remnants when I return home are the damaged trees.) More than anything that could be accomplished around the house, I hope that he is able to decompress and relax.  After all, he is supposed to be on vacation!

Yesterday can be summed up in one word: exhausting.  Little Timmy woke up early, ready to explore and play. Of course, play has a different definition for a one year old. His preferred "play" activity involves tossing items down the steps to watch them bounce, emptying my kitchen cabinets of all the Tupperware and plastic bowls, and trying to play in the cat food.

I spent much of my day chasing after him, picking up mess that he left in his wake as he meandered from room to room. Scott had to clear the stairs of everything that he had tossed over the rail before making his way to the landing. By the time he crossed over the gate his hands were overflowing with an eclectic variety of objects.  Basically, anything that is colorful or bounces has a fair chance of being tossed down the stairs by my inquisitive little Hamlet.

Obviously Timmy failed to understand my lecture about the dangers of leaving toys scattered because he seemed to go out of his way to create obstacles. I have tried to teach him the fun of putting toys into baskets, but so far he has proven to be a poor student. If he doesn't embrace the joys of cleaning up soon, somebody (probably me) will be hurt.
at 8:24 AM No comments:

Last week Scott and I went out for the evening. We didn't realize until we were actually out of the house that it had been nearly 4 years since we went on a proper date night. I wish we go out together more often, but our lacking a babysitter certainly puts a damper on those aspirations.  Because we were going to a concert and we were anticipating a late night, my Mom came down to watch the boys.

The last time I went to a concert it was to see the Wiggles, so watching Tesla, Styx and Def Leppard was certainly a switch. Scott was beyond excited about the lineup, and while it isn't my type of music, I was content to see him so happy.  Although I love music, I lean towards country and Billy Joel whereas Scott enjoys more edgier genres. Needless to say, I was definitely pushed out of my comfort zone.

I felt like a fish out of water, not knowing the majority of the songs and unsure about concert etiquette. I felt as if I was playing follow the leader as I tried to emulate Scott's movements.  Unfortunately, since my "rocking out" was not authentic, I was slightly out of unison with the sold out crowd.  Thankfully the individual behind us noticed my desperately trying to plug my ears and offered me some ear plugs. Sporting neon orange foam ear plugs and fist pumping out of sync with the rest of the crowd, my attempts to assimilate were in vain.  I have come to the conclusion that I am far more comfortable at the Wiggles concerts.

Although seat assignments were issued with each ticket, I was surprised that they were rarely utilized. I anticipated some standing and cheering, but was woefully unprepared to stand for the duration of the concert. Standing in place is difficult with my prosthesis. I could easily walk three hours without experiencing the pain, numbness and tingling that ensued after I attempted to stand and "rock out" for 30 minutes.  My shifting weight from my prosthesis to my sound side became a bit of a solitary dance as the concert progressed. While I knew that only Scott noticed, I couldn't help but feel out of place because of the prosthetic issue.  Being an amputee stinks when I can't find a comfortable position!

Despite the aching limb, ringing ears and awkward fist bumping, I had a good time at the concert. Actually, I should preface that statement by saying that I had a good time with Scott at the concert. I still don't care for the music, but I loved spending the evening with him. We really need to orchestrate a date night more often. Only next time, I get to pick the activity! 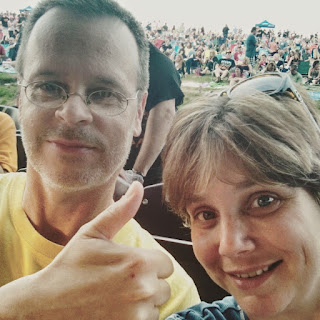