Our holiday can only be described as weird. It felt awkward staying home, preparing a big dinner for my small little nuclear family.  I was flooded with memories of Thanksgivings past all day, but especially when I was cooking. I did my best to put on a happy face because I didn't want to bring anybody else into my holiday funk.

Even though we weren't together, we were able to share the meal virtually. I sat our Alexa at the end of the kitchen table, with Nana's cardboard cutout behind the device.  My mom, my niece and my sister all video chatted with us as we ate our dinners together. It was different, but it was nice to see everybody!

I hoe everybody had a wonderful holiday! Stay Merry- and Stay Safe!

It is amazing how one single dinner can take so much preparation. Between creating lists, timelines and prepping, I spent an inordinate amount of time getting ready to make Thanksgiving dinner. I always knew it was a lot of work, but I don't think I appreciated the scope of the effort until this year.

Today Robby is going to use the Alexa to virtually make the stuffing with my Mom. I have all of the ingredients (I think) and she will be making hers at the same time. While it isn't the same as being there in person, I know that Robby is really looking forward to it. Hopefully, with her guidance and Robby's hands, we will end up with a stuffing that is at least similar to my mom's.

Timmy has called dibs on pie preparation. While I would like to think that it is because he likes to bake, I know my little Hamlet too well. He loves Cool-Whip, which is slathered over our chocolate and vanilla cream pies. I know he is hoping for multiple tastes during the assembly. He has been eyeballing the Cool-Whip in our refrigerator like a dog coveting a steak.

Between working and preparing for Thanksgiving, today will be busy. At this point I would rather stay busy because it keeps me from becoming too sad. I miss being home with my Mom, but I am trying to make the best of it.

The decision, although heartbreaking, was clear when I learned that every body in her household has not been practicing the same levels of social distancing. From sleepover play dates, visits with friends, and a plethora of leisure community exposure, we just couldn't justify the Covid risks. I would worry for weeks about a potential exposure, sapping any holiday spirit that we have been able to muster.

I recognize that not everybody views social distancing through the same lens and that the risk/ benefit scale is different for everybody. Scott and I have remained vigilant about following all of the CDC and government recommendations. I don't feel like this is the time to go against those standards. Like everything else this year, Thanksgiving will look and feel very different.

Our Christmas tree has been retrieved, transported home, unpacked and set up. It is definitely beginning to look a lot like Christmas in our home! Timmy and I spent the weekend decking our halls and our tree. Even though the majority of the decorations are hung/ placed at four feet and below, I love how everything turned out.

Our tree is one of the largest we have ever had, which necessitated us rearranging our furniture to make it fit. After a lot of trial and error, we managed to fit both the tree and all of our furniture in the living room. The flow of the upstairs has been altered and, although it isn't my preference, it is definitely worth it. Our tree is grand and beautiful!

While I was busy moving furniture, Timmy took his decorating and stacking skills into the bathroom. He carefully crafted a toilet paper tree, which feels appropriate for 2020. After he proudly unveiled his creation, I helped him add some lights and tinsel to create a more festive touch. I think he did a great job! 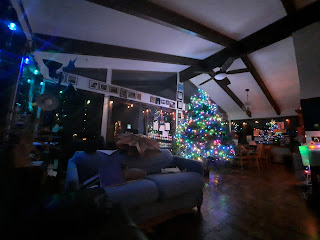 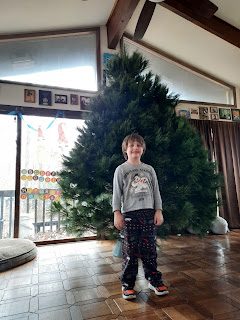 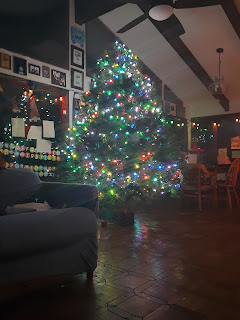 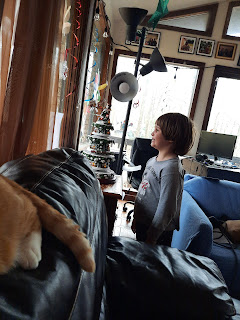 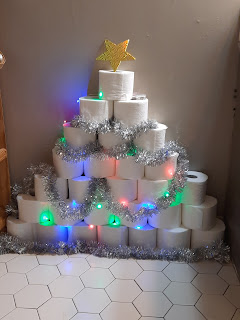 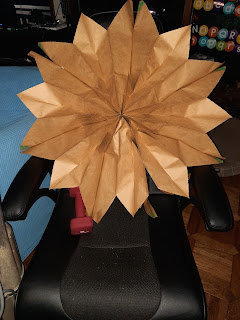