Yesterday morning I woke up and made both boys a big "man" breakfast. I told them to eat hearty because we had a big day planned. When I was thinking about what I wanted to do for my Walking Day, one theme kept rising towards the top. I wanted to spend the day with my family, doing something that we all enjoy. Since Robby loves looking at the turtles at the aquarium and Scott and I both love seeing him happy, the itinerary for the day became crystal clear. After chomping down on pancakes, bacon, and eggs, we piled into the car and headed to the Baltimore Aquarium.

Robby and I have been to the aquarium at least a half dozen times in the past year. He has learned the exhibits and plans his route based upon the various "koopa" exhibits. Since Scott does not typically come with us, Robby eagerly assumed the role of tour guide. He was so proud showing his Daddy all of the exhibits and surprised me by naming many of the sea animals he saw.

Our little tour guide carefully led us through the aquarium, stopping and pointing out every turtle along the way. All other fish and sea critters were summarily dismissed and relegated to merely props for the turtles. Despite Scott's interest, if the tank did not house a turtle, we were led past it by our quick paced and narrowly focused guide.

We spent two hours admiring and gazing upon the seemingly never ending displays of turtles, and our tour was almost over. Robby led us to one final "exhibit" before relinquishing his role as guide.
We went to the gift shop, where he somehow convinced us to add two more stuffed koopas to his collection. Perhaps I should consider the plush toys as payment for his tour services rendered?

Although the activities focused on Robby, I couldn't imagine a better way to celebrate my Walking Day. If I hadn't opted for the amputation, I have no doubts that I would still be debilitated by the relentless pain of my injury. The fact that I am relying on a prosthesis is of little consequence when I remember the pain, obstacles, and exhaustion I faced everyday on crutches. Being led around by Robby, I couldn't help but feel thankful for those small steps that occurred a decade earlier. 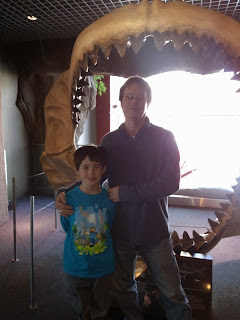 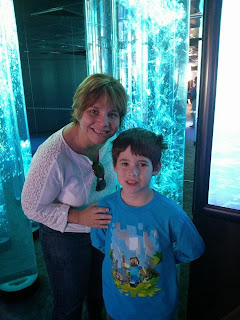 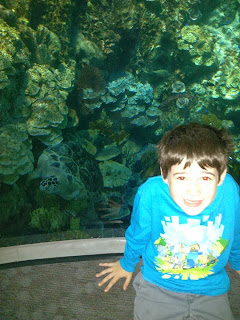