Although I knew that my Dad had an expansive cousin base, he never included us in those relationships. He seemed to have drawn a strong separation between his childhood family (Aunts, Uncles, Cousins etc.) and his own little family. Until last year I always assumed that he kept us out of the family loop because he was embarrassed of us. Even though I never knew them well, I heard enough stories to know that they were highly accomplished and more affluent. In my quest to make sense of the division, I assumed the blame of not somehow measuring up to the family ideals.

It wasn't until I was caring for my Dad in hospice that I began to realize that the family separation had nothing to do with us. I was right that he was embarrassed, but it turns out that it stemmed from his own feelings of inadequacy. He was constantly trying to measure up to unrealistic ideals that he perceived in his own family. Keeping them on such an imposing pedestal, he never felt "good" enough.

Because my Dad kept such a strong familial separation, I never knew my paternal cousins. It was odd at times, knowing that I had cousins in the same hometown (one with whom I shared a name) but knowing that I couldn't pick them out of a line up. I have come to accept that this was a branch of the family tree that would remain a mystery.

Last week I received a message on LinkedIn which took me by surprise. It was from the cousin with whom I shared a name. I never knew her, but always felt an odd kinship because of our common name. It turns out that she was coming into DC for a meeting and wanted to get together for lunch.  I was stunned.

I had no question that I would meet her, but it took some finagling to get Timmy settled. I ended up taking him to Robby's school. His classmates love playing with him and always teach him a new "trick." Yesterday they proudly taught him how to twerk. (I'll try to get a video before we work on unlearning the skill.)

I had a wonderful lunch with my "no longer a stranger" cousin. It is sad that we didn't know each other growing up because I am fairly sure we would have been friends. Regardless, it is nice to finally have a few sprouts forming on the paternal branch of my family tree.
at 7:44 AM No comments:

Even though I was still feeling the funk of disappointment, I did my best to have a better day. When I wasn't working, I stayed as busy as possible by playing with Timmy. (Incidentally, he thoroughly enjoyed the nonstop attention.) As the day progressed my feigning happiness started to morph into actually feeling the emotion again. While I'm still bummed out, I'm no longer going to let the disappointment reign my moods. Onward and upward, I'm looking to the future instead of lamenting the past.

Timmy and I spent our time jumping on the trampoline and playing outside. I love that he now freely walks over to visit Mr. Bill. Timmy often walks right up to the front door and begins knocking on the window.  When his friend doesn't answer, he just starts yelling and screaming until Mr. Bill comes outside to play. The pair are forming a very different, albeit just as special, relationship.

Timmy and Robby are absolutely amazing mood lifters. It is impossible to remain downtrodden long when I am around them. Between Robby's inquisitive nature and Timmy's mischievous smile, I have so many genuine reasons to smile. When I look at my boys, all of the small setbacks in life feel trivial.

Don't get me wrong. I'm still bummed out when I think about the setback, but I'm moving in the right direction.  When I'm not busy formulating a new plan to achieve the same goal I've been spending my time playing with the boys. I have a stronger, more empowered frame of mind about the situation. Sometimes the alternative route turns out to be the best.
at 7:08 AM No comments:

Despite the return to school normalcy, yesterday was horrible. I received a call which absolutely knocked me for a loop. Afterwards I spent much of the day in a tear-filled haze.

I tried to distract myself by packing up Timmy and heading to the farm. He had a blast running, hopping and playing. I tried to be happy, but I just couldn't shake my mood.  While logically I knew that this was not true, I couldn't help but feel like I had failed everybody, especially my boys.

I felt like I was existing in a fog, cooking dinner and playing with the boys like a robot. I went through the motions, feigned a smile yet wasn't really feeling anything. I desperately wanted to call my Dad, to seek his advice and to listen to his perspective. I felt his death profoundly yesterday, which was perhaps the final straw. By the time the sunset, I broke down sobbing. I ate half a box of peanut butter candies, two cupcakes and went to bed.

Today I'm feeling stronger and ready to tackle the challenges ahead. I am not sure what those challenges look like, but I will try to embrace the adventure and the journey. I have adopted a new mantra, and I'm ready to take on the world! 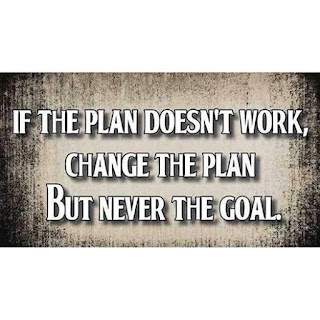 Because of the rain, cold temperatures and high winds yesterday, we made the decision to forgo the White House Easter Egg Roll.  I was sad to let the tickets go to waste, but the alternative of spending the afternoon schlepping a sure-to-be-miserable husband and mischievous and non-compliant toddler through the mud and crowds just wasn't appealing. Robby was disappointed but he quickly accepted the consolation prize of bowling with his friend Janna.

It turns out that skipping the White House was a wise decision. If we had gone, we would have been smack dab in the middle of a lock down and evacuation.  I shudder to think of the issues that would have arisen during that situation!

After 10 days of Spring Break, the boys are returning to school today. Neither Scott nor Robby are particularly thrilled with the end of their vacation. Although we had a great time and I thoroughly enjoyed having them home, I must admit that I'm not mourning the end of Spring Break. They may not agree with me at the moment, but we all need to get back to a routine.

While I will enjoy the quieter house, I suspect that Timmy will not be as happy. He loves the commotion and excitement that ensues when his brother and Daddy are both home. Being stuck with just me for company, I'm expecting him to have some adjustment issues.  Hopefully some quality playtime on the trampoline, just the two of us, will help to soothe his separation sadness.  Hi Ho Hi Ho- it's back to school they go!

We had a wonderful Easter weekend.

Saturday afternoon we packed up the boys and went to see the Easter Bunny. None of my boys (Scott included) was particularly fond of the notion of going to the mall to stand in a long line so that they could pose in front of a giant furry rabbit, but they all knew that complaining would be futile. I was determined to get my bunny picture, regardless of the complaints (or in Timmy's case screams of terror) involved.  I knew that Hamlet probably wouldn't relish meeting the giant bunny, but the terrified introductions are a rite of childhood I was not willing to bypass.  Needless to say, his reaction did not disappoint.

Thankfully his fears were short lived and were calmed as soon as he noticed the large basket of lollipops propped up next to the bunny. He spent the remainder of his bunny visit snitching handfuls of lollipops out of the basket. Whereas Robby doesn't particularly care for candy, my little Timmy has quite a sweet tooth.

Sunday morning, while everybody else was still sleeping, Timmy spied a row of lollipops that had sprouted out of the jelly beans he planted last night. He couldn't wait to get outside to retrieve his little candy harvest. He grabbed the lollipops, looked at me with a cherub little smile and took off running up the driveway. He made it to the end of our road before I managed to catch him! (He was hastened out of fear that I was going to take back his treasured lollipops.)

In the afternoon my Mom, Sister and her kiddos came to visit. We went to an Easter Brunch and egg hunt. Corralled into the little kid hunt area, Timmy quickly grabbed four eggs (two in each hand) and took off running. He sprinted across the golf course, through the sand trap, and jumped into the water hazard while clutching his prized eggs.  He was giggling and squealing with excitement. I was not nearly as happy as I tried (in vain) to catch my little runner.  Being soaking wet from the knees down didn't seem to phase Timmy, and he continued to play without missing a beat.

Today the Easter excitement will continue because we are headed to the White House for the traditional Egg Roll. I'm a tinge nervous taking my mischievous little toddler, but I'm hoping for the best. (If you see a story scrolling on CNN later this afternoon about a pint sized security breach, know that it was probably Timmy trying to protect his treats.) Wish us luck! 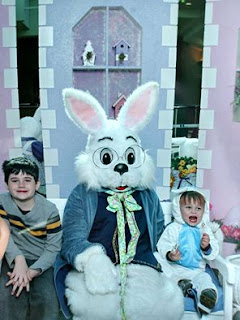 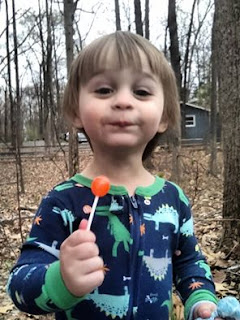 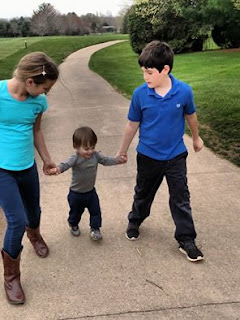