We had a wonderful, albeit quiet, Christmas day. We didn't travel and we didn't host company. This was the first year that we were alone as a singular family unit on Christmas Day. The boys seemed to relish the time to just play with their toys and relax at home without having to put on real pants to entertain company. I have to admit that despite the laughter and the commotion, I felt fleeting moments of loneliness. It was odd not spending the day with other friends and family members.

Timmy and I were up early but it took him over an hour to notice the pile of presents under the Christmas tree. Instead he was fascinated with the Nutcrackers that Robby set out to greet Santa around the fireplace. When he finally noticed the toys, his reaction was not what I expected. I envisioned having to coax the presents away from him until everybody else woke up. Instead he took off sprinting down the hallway and dove under his crib. The poor little guy was terrified that Santa had the audacity to sneak into the house when he was sleeping!

It took nearly 30 minutes and the promise of fruit until he finally inched his way out from under the crib. He didn't go near the presents until Robby woke up. Even then, it took watching Robby open gifts for Hamlet to garner the courage to open a package on his own.  Once the first piece of wrapping paper tore, all fear was gone and he was giddy with excitement.

Despite my concerns, Robby loved his presents this year. Among his favorites are a WWII helmet and ammo box, a virtual reality drone and a new set of headphones for the computer.  Timmy was delighted with his Little People airplanes and farmer set, but was particularly taken with the Thomas the Train engine. He spent the majority of the day on his knees, chasing after Thomas as he chugged through the living room and kitchen.

Something tells me he won't hide under his crib next Christmas morning! 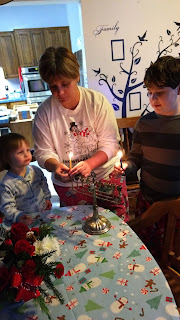 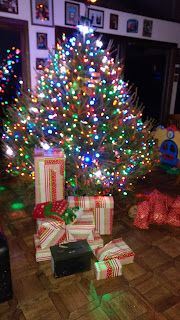 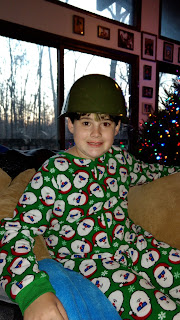 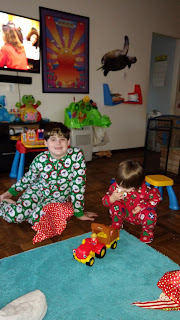 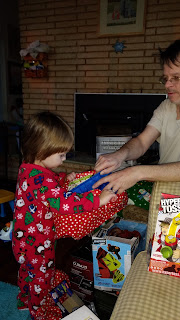 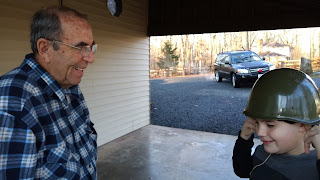 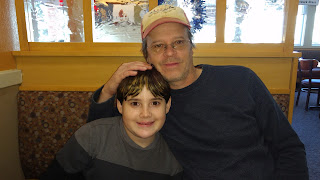 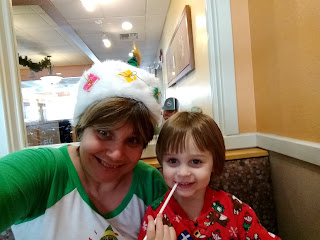 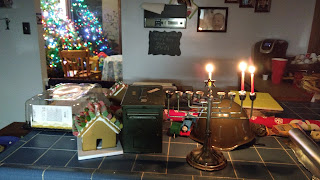