Yesterday was busy. Between my work and assisting with schoolwork, I was moving from the time I woke up until late in the evening. The boys are starting to fall into a groove with school, but they still need oversight and assistance. Timmy, although he has stopped crying and fighting whenever I pull out the books, still requires direct instruction.

Although it means that I don't have a lot of free time, I don't mind helping Timmy. His classwork is fun and I love being part of his unlocking the magic of words and learning. Every day he is making new discoveries. He is excited to learn and it is amazing to be part of it. Since he has stopped crying our class time has been smooth and enjoyable. Fingers crossed it keeps moving in this direction!

Yesterday Timmy participated in a virtual Zoom class with his peers. He was initially very shy but quickly warmed up and began to interact. I was proud that he attentively listened to his teacher read a story and then he carefully followed her directions to make an apple craft.

While he was in his class I was able to sit back and watch him from the kitchen, allowing him some independence and the opportunity to learn with his classmates. I think that his virtual class experiences will increase over the next few weeks. As far as I see it, the virtual classes are a win-win for both of us. He is able to learn with peers while I'm afforded the luxury of time to work on other projects. 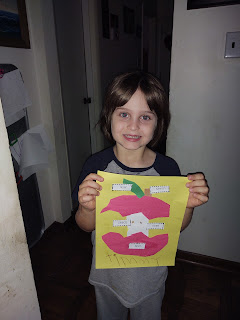 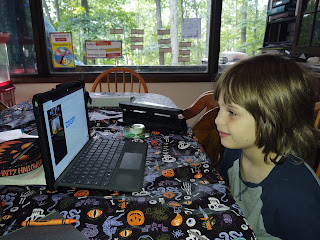 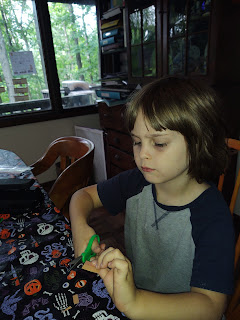