Thursday night was simply surreal. The award reception was hosted in the penthouse of a NYC skyscraper, in close proximity to the Empire State Building. The view from the windows, looking down on the city lit up with Christmas lights, was breathtaking and awe inspiring. The reception, as well as the honor I received, will be held near as highlights of my professional and personal career.

I was delighted that Scott was able to take off work to accompany me to the reception. With the exception of two funerals, this was the first time that we have traveled alone since Robby was born. It is hard to believe that it has been ten years since we've had a couples vacation!  Our trip was quick, but we crammed as much into our 24 hours away as possible. I really hope it isn't another ten years before we have another opportunity to escape together.

We have returned to reality after an amazing, albeit quick, New York City adventure. Now I'm looking at my short and chubby tree, which although cheerful isn't nearly as grand as the one in Rockefeller Center. I guess I'm going through a bout of post adventure malaise. Even though the time was short, the degree of adventure was great.

This is gearing up to be another busy week, but I'm having a difficult time rebounding from the trip. Of course the fact that I'm fighting a cold is not helping. Hopefully I'll be able to get in gear and back on track because the schedule isn't letting up anytime soon. 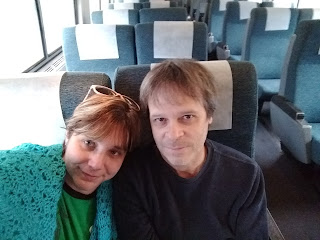 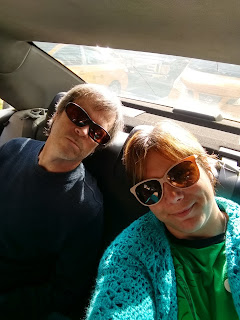 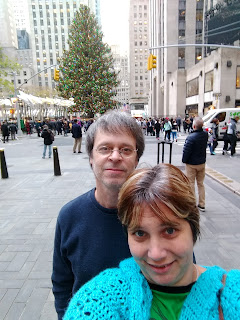