We are all eagerly looking forward to tomorrow when Robby's band "Technicolor" finally takes to the stage. The kids have been rehearsing since February. They modified and began to practice through Zoom during the thick of the pandemic and only began in-person rehearsals two weeks ago. Although they haven't been together in person for long, I know that they are all looking forward to showcasing their songs.
Robby has been practicing several times a day in preparation for the show. Unlike the last performance, this time he is seasoned. He knows what to expect and he is more excited than he is scared. I'm sure tomorrow morning he will be nervous, but I don't think he will have the bone-numbing terror that he experienced last time.
In preparation for the big show, yesterday I took him for a hair cut. He hasn't had a trim since before quarantine and was long overdue. He opted to keep a shaggy, rock-n-roll look and the stylist did a fantastic job of bringing his vision to life. He even had colorful highlights to finish his look. Streaked with fire truck red, electric blue and Big Bird yellow, he is ready to rock for Technicolor!
Check back tomorrow evening- I'm going to try to upload a video of his show. 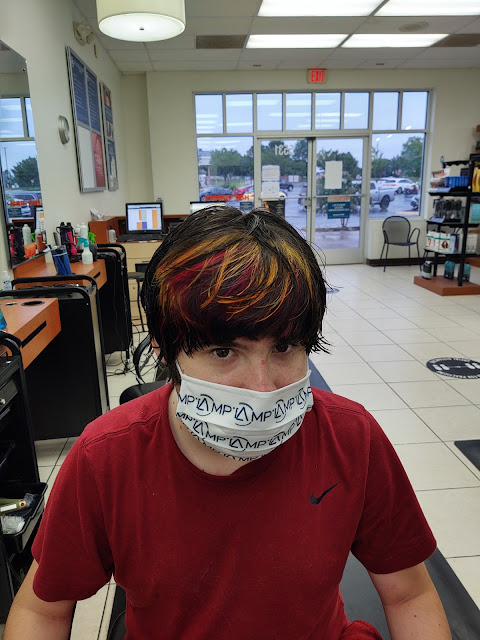 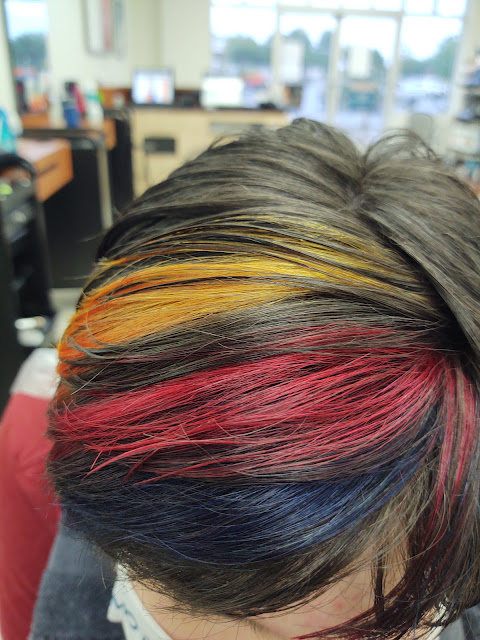 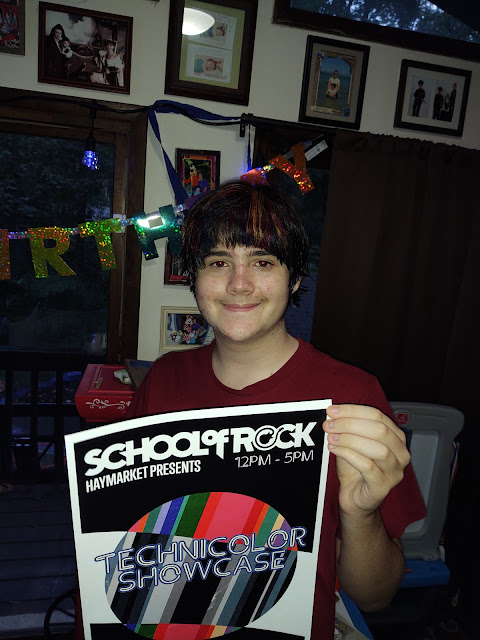