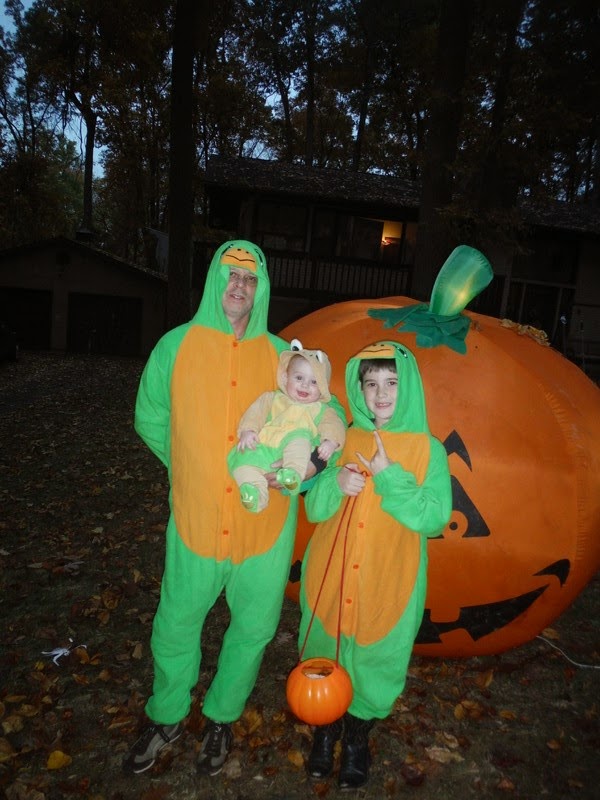 After much discussion, Robby and I decided only to provide cupcakes for his class Halloween party. His feelings were still raw from the party no-shows, and he didn't feel obligated to bring the party to his friends. Although he was firm in his decision as I was driving him to school on Friday morning, I wasn't completely surprised when I received a near frantic, pleading phone call from him an hour later.

"Momom, I've been thinking. It isn't my friend's fault that they couldn't make it to my party. I mean, we're only kids and we can't drive yet! Please Momom, pleeeaasee! Can we do more than just cupcakes for the party? Pleeeaassee???  It isn't their fault that their parents didn't bring them, and this might be the only Halloween party that they get."

Although I was still nursing a few hurt feelings of my own, I knew that my little Koopa was correct. How could I say no to him when he was demonstrated such mature empathy towards his friends. I closed the laptop, put the reports on hold for a few hours and scurried around the house trying to throw together another Halloween party.

While I didn't have a lot of prep time, I did manage to find a few Halloween games from past parties. I also found a handful of boxed tattoos and stickers that would be perfect prizes. Food and treats was going to be more complicated, because I had no time to cook. After staring at my pantry for a few seconds, trying to find something to take besides cookies, I had an epiphany. I grabbed my party bag, put Timmy in his car seat and headed to McDonald's.

Trust me, walking into a classroom with two large McDonald's bags instantly propels you to hero status. It is amazing how excited the class became when they realized that they were going to be treated to some Chicken McNuggets  and a few fries.  For less than $20 I fed the entire class and saved the dismal Halloween party. In retrospect, they didn't even need the games (although they did have fun playing.)

After spending two hours coordinating the party I swore I wouldn't provide, it was time to pack up and head home. Robby was smiling from ear to ear, making it all worthwhile. I am proud of his ability to give up a grudge. Perhaps I should take a lesson from my little guy!

Despite not eating candy (with the exception of cherry lollipops), Robby loved Trick-or-Treating Friday night. All three boys were dressed and chomping at the bit to canvas the neighborhood 30 minutes before the designated start time. Okay, in all fairness Timmy was oblivious but did seem to enjoy wearing his costume and being involved in the excitement. Timmy went to one house (Mr. Bill's) where we stayed until the older two took off to conquer the neighborhood on the scooter.

Robby couldn't wait to show me his candy haul. He proudly proclaimed that he picked Snickers whenever there was a choice and was in awe of the number of full size bars he scored. I have taught him well! 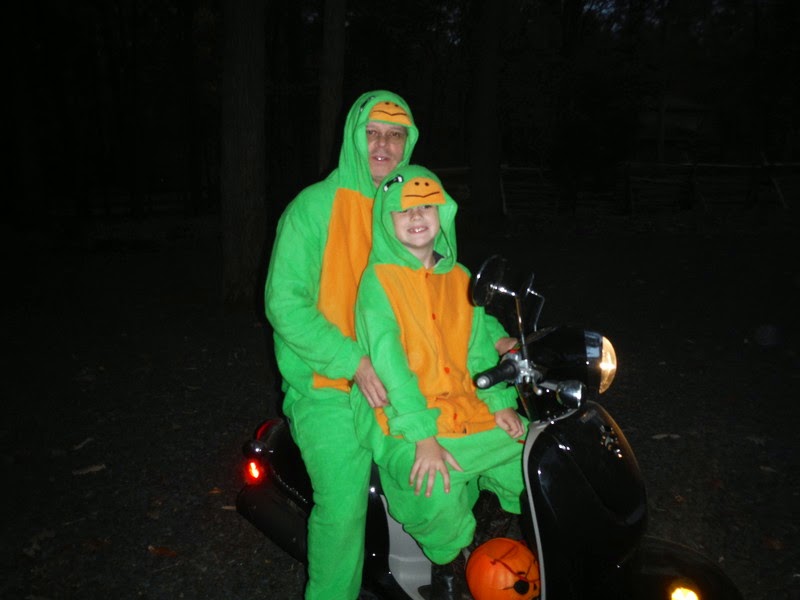 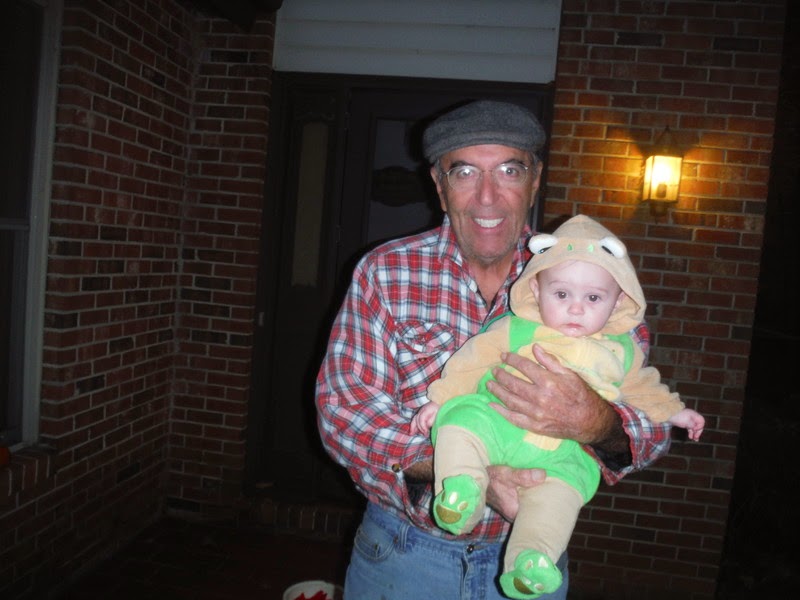 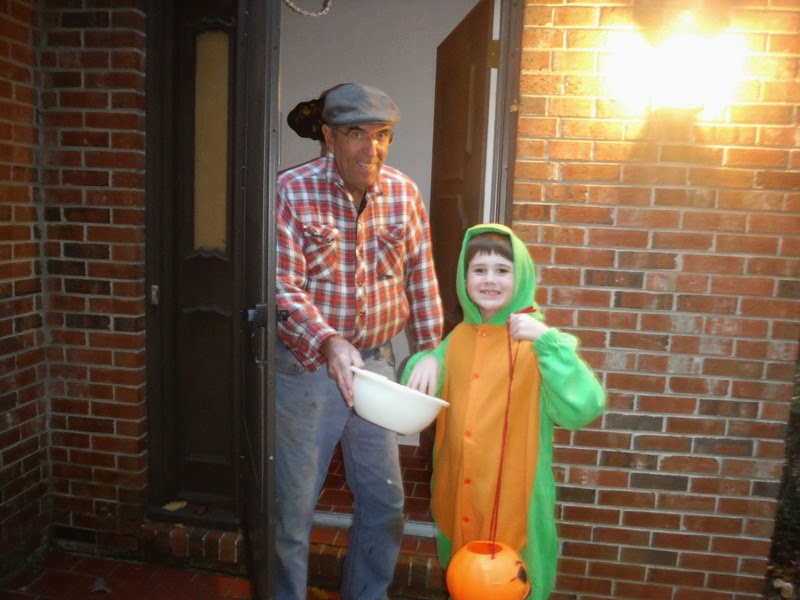 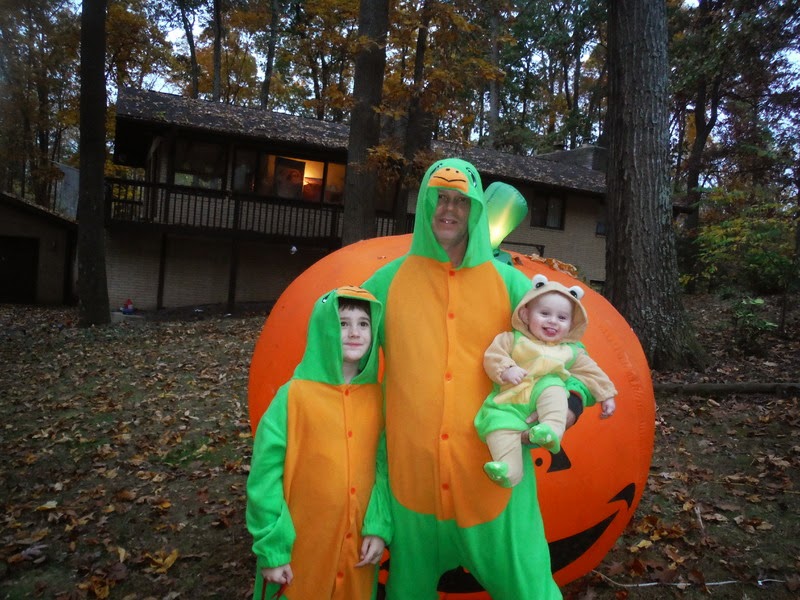 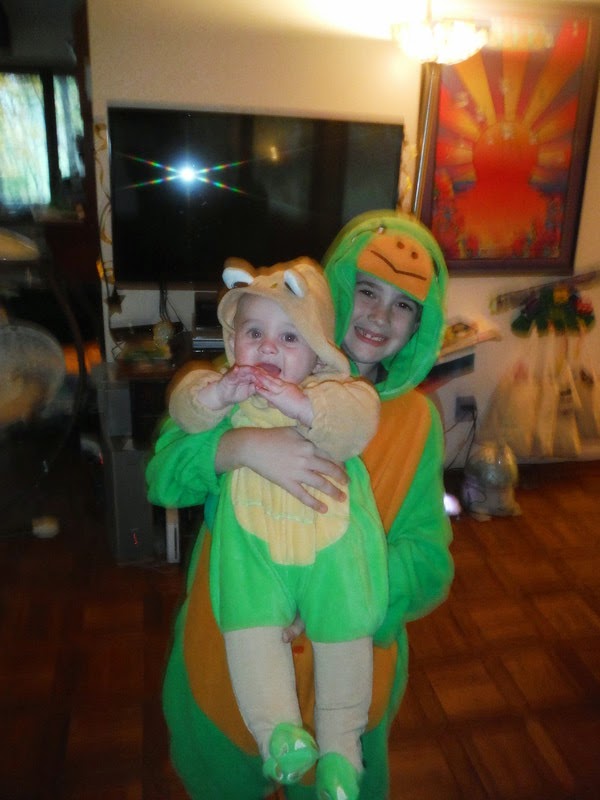