My favorite Halloween memory this year will probably not be Robby's Halloween bash, nor will it be the impromptu school party or Trick-or-Treating. I will always remember this Halloween as the year my duo became a trio with the inclusion of Timmy in the festivities. I will also cherish the memories of Robby's gracious inclusion of his little brother.

To be honest I wasn't convinced that Robby would willingly include his brother in the traditions. I was preparing myself for a mini-rebellion which thankfully never materialized. He has certainly come a long way towards accepting his little brother. I know that the adjustment hasn't been easy, but Timmy starting to smile and interact has certainly helped the cause.

Halloween night, as the boys were readying themselves to conquer the neighborhood, my job was dressing Timmy. His one piece turtle costume was easy to don, but made it cumbersome to carry him.  His shell added bulk around his back, making balancing him precarious. He wouldn't fit in his Jumper-roo because of the costume, and laying him on the ground just caused him to roll to the side. Although adorable, the littlest Koopa was not happy with his costume predicament.

I finally sat on the floor with him, balancing him between my legs. Robby was about to slip into his turtle costume when sat next to me and explained that he had an idea.  "Momom, I think Hamlet can sit by himself." I explained that Timmy isn't quite ready to sit by himself, Robby persisted.  He scrunched behind his baby brother, pulled the shell out on the costume and helped him balance.

"See! My baby brother can sit by himself because his shell is acting like a seat." I'm not sure who was more surprised by the newly discovered sitting position, me or Timmy.  To my amazement, Robby was correct. With the shell flared out on the seat of his costume, Timmy was sitting and utterly delighted.

Robby crawled right next to his brother and started lauding compliments upon him. As Robby was talking, Timmy was looking at him with complete and utter adoration. I am so happy that Scott happened to walk into the room during this sweet exchange and snapped a photo. With all of the parties and costume fun, this is my favorite photo of the season. I think the looks on both boys faces capture the exchange and mood perfectly! 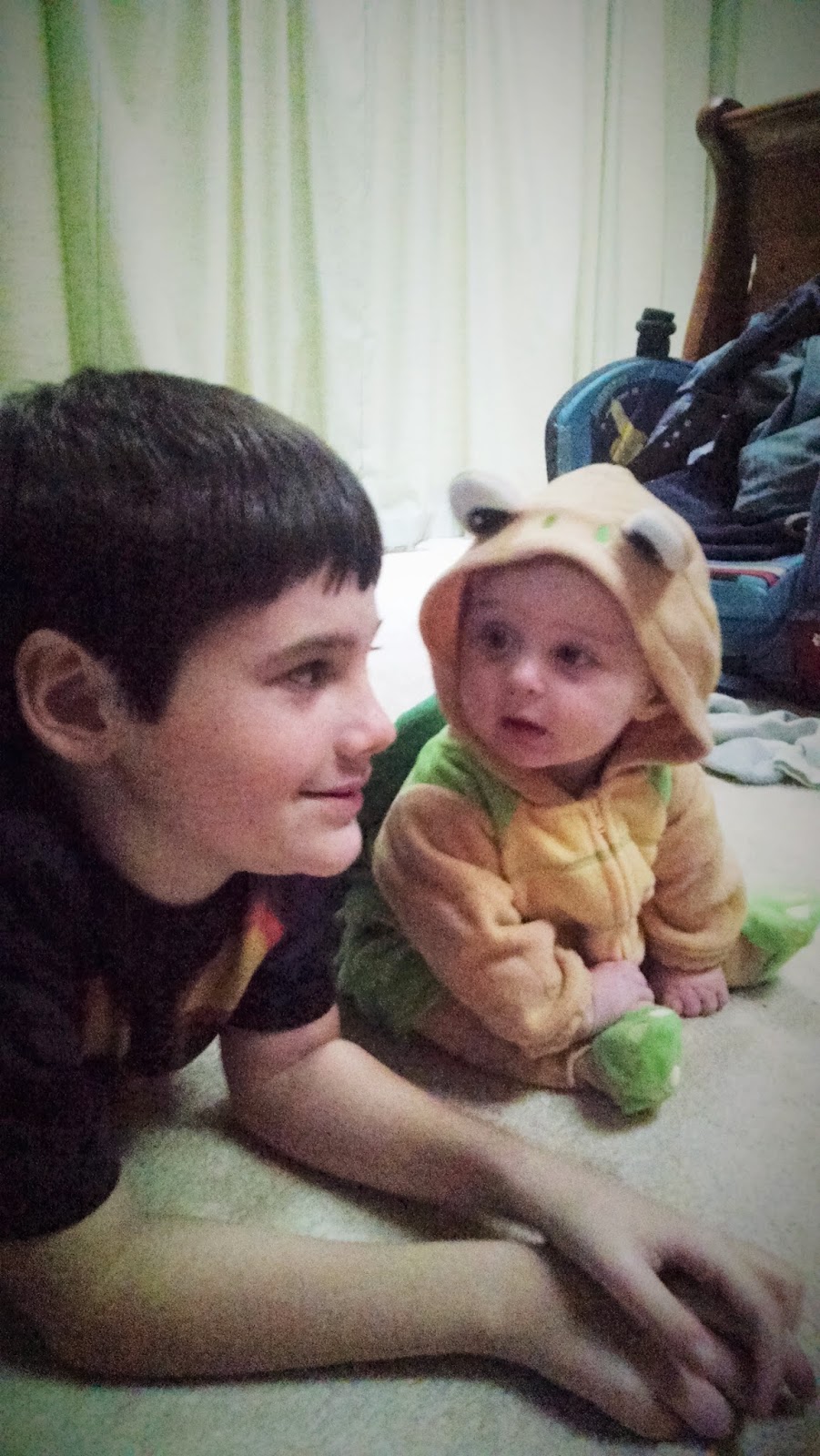