Yesterday Hamlet surpassed all of our travel expectations (which granted were set low) by behaving like a little prince. He charmed everybody around him on the plane by flirting and happily playing with his new toy plane. I was both shocked and grateful for his stellar behavior. Hopefully he will continue to employ proper travel manners on our return flight. Who knows, perhaps we are turning the corner on his stubborn tantrums?

We arrived at our hotel in the early afternoon and we decided to forgo packing for the beach.  The water was warm and the soft rolling waves were fun to jump and bob.  We played for a few hours before we headed out for dinner. After we ate we stopped by a grocery store to stock the snack reserves in our room. Timmy was nearly asleep by the time we arrived back at our hotel.

Robby and I went for a quick walk along the promenade when he saw a turtle nest. He was so excited he almost started to cry.  We went over to investigate, careful not to disturb anything in the area. I'm sure he will return to "his" next nightly until we leave.

Today will be spent at the pool, on the beach and just having fun.  Pictures to follow! 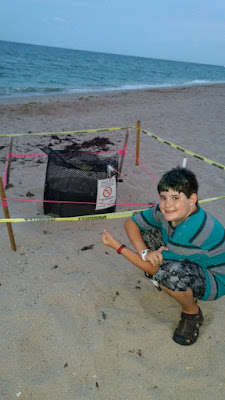 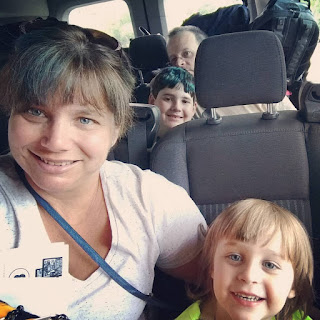